Essential Sufism Selections from the Saints and Sages - 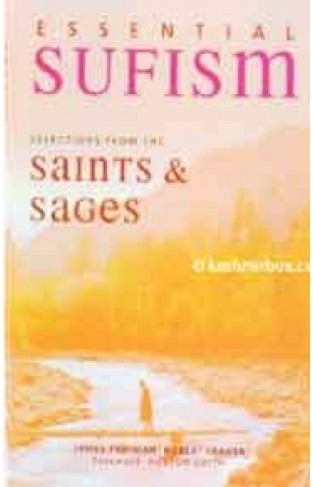 Essential Sufism Selections from the Saints and Sages -

Publication Date:
Feb, 02 2002
Binding:
Hard Back
Availability :
Out of Stock

When you see beauty and perfection in this world, it is nothing but a sign of Him. A beautiful creature is merely a single blossom from the vast garden of Cod. But remember that a picture fades, a flower dies, and the reflection in the mirror is eclipsed by the real Light. It is Cod who is real and remains so forever. So, why waste your time over something that is here today and gone tomorrow? Go directly to the Source without delay. Jami Every form that you see has its original in the divine world. If the form passes away, it is of no consequence, because its original was from eternity. Be not grieved that every form that you see, every mystical saying that you have heard will pass away. The fountainhead is always bringing forth water. Since it neither ceases, why should you complain? Consider this spirit as a fountain; rivers flow from it. Put regret out of your thoughts, and keep on drinking from the rivulet. Do not be afraid. The water is limitless. When you came into the world of created beings, a ladder was set before you, so that you might pass out of it. At first you were inanimate, then you became a planet; afterward you were changed into an animal. At last you became human, possessed of knowledge, intelligence, and faith. Next, you will become an angel. Then you will have finished with this world, and your place will be in the heavens. Be changed also from the station of an angel. Pass into that mighty deep, so that the one drop, which is yourself, may become a sea. Rumi