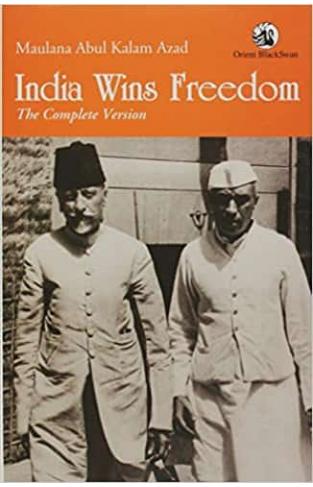 A poignant narrative by Maulana Azad, India Wins Freedom is his take on the entire partition, his personal experiences, and his take on the concept of liberty and freedom.India Wins Freedom is an autobiographical narrative of the partition that occurred in 1947. It is marked by the direct, clear cut passages that narrate incidents that took place during the Indian Independence movement. Azad recounts, in his typically frank and forthright manner, the events that unfolded and ultimately led to the partition in a profound, yet deceptively simple manner. When India Wins Freedom was first published, it was sealed and confined at the National Library of Calcutta, with a copy placed at the National Archives in Delhi, for thirty years. In 1988, a court directive released the text, and made it accessible to the general public. The controversial and unique take on the entire freedom movement led to over thirty million copies of the book being sold worldwide. Azad discusses about how politics, more than religion, was responsible for the partition, and how India gained freedom but failed to utilize it to its maximum advantage. He writes about the predominant hypocrisy in the field of politics, and also mentions fellow contemporaries of his time like Gandhi, Nehru, and Subhash Chandra Bose and their mindsets during the entire movement.