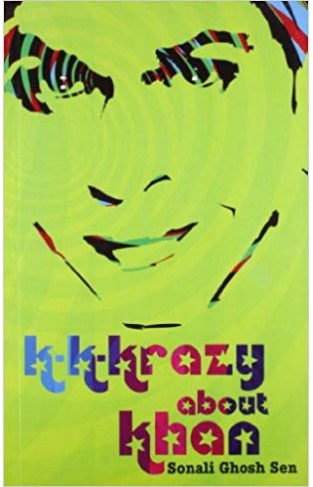 ‘Move over Meerabai, Mother Teresa, Joan of Arc and that woman who’s bought Shah Rukh land on Mars . . . . here comes Kriti Kapoor!’ Shah Rukh Khan is the King of Bollywood, and Kriti is his Fan No. 1! She is so deeply enamoured of his dimpled-lover boy image that worshipping her hero has become a lifelong calling. Her best friends, Amrita and Rhea, find it exasperating when Kriti invariably ends up equating every situation in her life to the twists and turns of a Shah Rukh movie. But being the good friends that they are, they invariably get dragged into her hilarious misadventures- runaway cows, stolen mobile phones, scandalous TV tapes and a wedding where they have to dance to a song that does not star Shah Rukh Khan!! There’s also this handsome stranger who keeps walking in unscripted into her life, and makes her wish for…well, things that even she can’t define. Will Kriti be able to survive this confusion? Will her friends and the city of Delhi be able to survive Kriti’s antics? Will Shah Rukh be able survive the onslaught on his No. 1 position? The novel has: Well-etched out characters. References to popular Shah Rukh movies and their scenes. A witty and lucid narration; light-hearted comedy. An interesting and breezy love story.