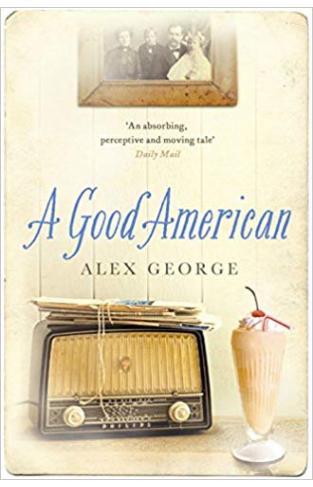 The new novel from the US editor of The Help and The Postmistress - Alex George's A Good American is a positive and uplifting novel about the American Dream Germany, 1904: When Frederick and Jette must flee her disapproving mother, where better to go than America, the land of the new? Originally set to board a boat to New York, at the last minute they take one destined for New Orleans, and later find themselves, more by chance than by design, in the small town of Beatrice, Missouri. Not speaking a word of English, they embark on their new life together. From bare-knuckle prizefighting and Prohibition to sweet barbershop harmonies and the Kennedy assassination, the family is caught up in the sweep of history as they find their place in their adopted country. Poignant, funny and heartbreaking, A Good American is a universal story about our search for home. 'There's plenty of storytelling charm on display here, with echoes of John Irving's humane zaniness' The New York Times 'Epic, lyrical, compelling' USA Today 'A sweeping, lush intergenerational novel about a family of German-Americans learning to live in 20th-century America' Oprah.com