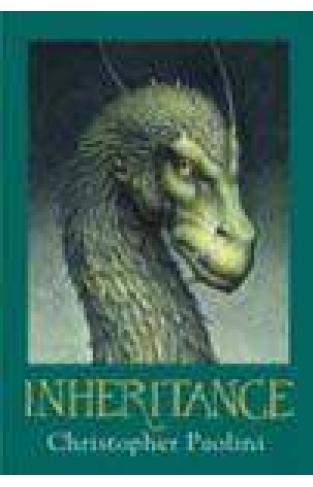 The final leg in The Inheritance Cycle series, The Inheritance is set in the land of Alagaesia. It continues the saga of the battle between the dragon rider, Eragon, and the evil king, Galbatorix. Eragon's dragon, Saphira, plays a vital part in the story. In The Inheritance, Eragon and Saphira fight to save the kingdom of Alagaesia against the machinations of the villainous Galbatorix. They have come a long way from the days of when Eragon was just a poor farm boy. The residents of Alagaesia have pinned their hopes on both their heroes, but at the same time, there is constant fear – what if Saphira and Eragon fail? The Inheritance Series was originally planned as a trilogy. While writing the last book, Christopher Paolini felt that it would be impossible for him to conclude the story in three parts. This is how The Inheritance Trilogy became The Inheritance Cycle and the final sequel, Inheritance, was written. Inheritance sold 500,000 books on the first day of its release. This included combined hardcover, audio and e-book sales. The book was a bestseller soon after its release. A film has been made based on the first book of the series, Eragon. All the previous three parts of The Inheritance Cycle were best sellers too.