Manning Up: How the Rise of Women Has Turned Men into Boys 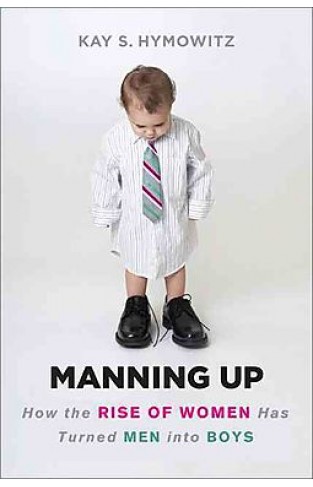 Manning Up: How the Rise of Women Has Turned Men into Boys

In Manning Up, Manhattan Institute fellow and City Journal contributing editor Kay Hymowitz argues that the gains of the feminist revolution have had a dramatic, unanticipated effect on the current generation of young men. Traditional roles of family man and provider have been turned upside down as “pre-adult” men, stuck between adolescence and “real” adulthood, find themselves lost in a world where women make more money, are more educated, and are less likely to want to settle down and build a family. Their old scripts are gone, and young men find themselves adrift. Unlike women, they have no biological clock telling them it’s time to grow up. Hymowitz argues that it’s time for these young men to “man up.”