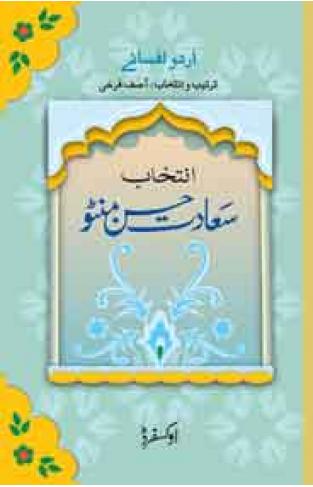 Publication Date:
Jan, 01 2013
Binding:
Paper Back
Availability :
Out of Stock

This is the first volume of a series devoted to selections of short stories by the classical masters of Urdu fiction. Since this is the first centenary of Saadat Hasan Manto the most outstanding figure in the history of Urdu fiction psycho of communal riots, his attempt to impose a compassionate vision of mankind are the qualities which make , the first volume is devoted to his stories. Manto was far in advance of his age and his depiction of the shadowy world of harlotry, the workings of the underworld during communal riots has a surreal aspect, which helps him impose a compassionate view of the downtrodden classes of the country. This volume carries an introduction by the renowned literary critic Asif Farrukhi. The selection is representative of Manto's art and the introduction is written with a view to make the meaning of Manto's crusade manifest to the younger generations which grew up after his early death. As an example of historical criticism, an article by Mumtaz Shirin rounds up the volume.