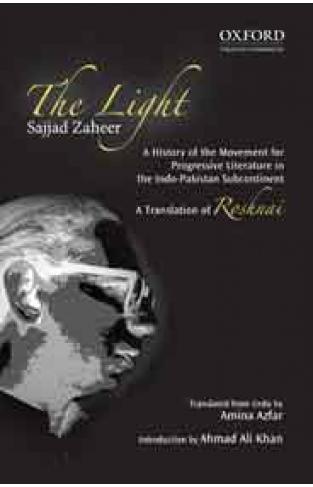 Roshnai, the title of the Urdu work of which The Light is a translation, is considered to be the most authentic record of the Progressive Movement that transformed Urdu literature and had an impact on the literatures of many other languages of the subcontinent. It contains fascinating vignettes of famous writers of the time, such as Tagore, Munshi Premchand, Hasrat Mohani, and Faiz Ahmed Faiz. It gives an unforgettable account of the famed first conference of the Progressive Writers’ Association, which was chaired by Munshi Premchand.