The Future of Pakistan 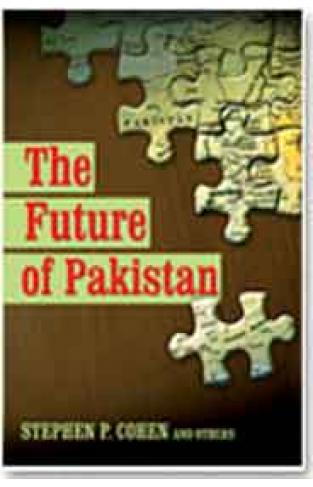 The Future of Pakistan

"Because Pakistan is marinated in crisis, attention is riveted on the latest outrage, disaster, or calamity to occur in the country. The often-asked question following such events is whether they will push Pakistan over the edge, 'edge' being variously defined-at the minimum, as another military takeover; at the maximum, as the breakup of the state. The cover of this book, which features a puzzle, symbolizes the larger analytical problem: is Pakistan coming apart or is it being put together in some new order?" -STEPHEN P. COHEN in the Preface "Pakistan has witnessed the banning of a number of militant groups and the arrests and targeted killings of key al Qaeda and related militants... The results have backfired-and continue to backfire-on the Pakistani army, through both colossal casualties in the tribal areas and direct attacks against regional and national security forces and military headquarters." -LAILA BOKHARI "There is no likelihood of a takeover of Pakistan by religious extremists. Pakistanis are a deeply religious people, but extremism is alien to their nature, and, as they have proven, their tolerance for the Taliban form of government is very low while their tolerance for suffering in the cause of ridding themselves of this scourge is very high."-SHAUKAT QADIR "If the military does seek full power over the next five years, it will probably be in response to domestic instability so palpable that military rule would be welcomed by most of the public."-MARVIN G. WEINGAUM "Too often people use the argument that tradition is largely responsible for Pakistan's challenges in lowering its population growth rate. That is fallacious. The lack of priority given to female education, combined with the lack of priority given to developing sectors in the economy to support the economic empowerment of women, is fundamentally responsible."-ANITA M. WEISS "[Pakistan] can go either way: decline and fragment or emerge as a functioning democracy and middle-level economy. However, Pakistan's turnaround is not possible without internal determination to address the issues that afflict the state and society and international support to meet those challenges."-HASAN ASKARI RIZVI