Hajj Journey To The Heart Of Islam 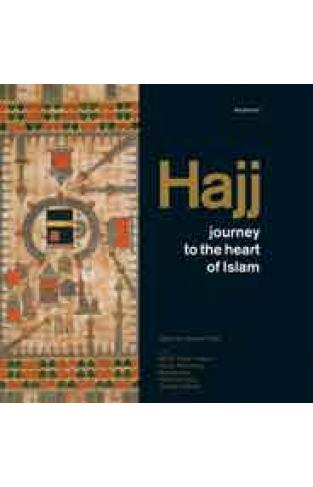 Hajj Journey To The Heart Of Islam

Hajj is a sacred duty for Muslims, wherever they may reside, to go at least once in their lives to Mecca, the heartland of Islam where the Prophet Muhammad received the revelation in the early seventh century. Drawing millions of pilgrims annually, the Hajj is a powerful bond that brings Muslims together from across the world. From earliest Islamic times those rulers of Muslim dynasties whose territories encompassed Mecca and Medina looked after and refurbished the two holy sites. They provided shelter along the routes and organized the great annual caravans that took place. Pomp and ritual were associated with the departure of these caravans. Before modern travel, the journey was long and hazardous. Pilgrims came from far afield and their journeys are evocatively documented in the form of manuscripts, photographs, and wall paintings. Today the holy sites are under the care of the King of Saudi Arabia. With contributions from leading experts, this fascinating and important book tells the history of Hajj from the beginning until the present day, focusing on the rituals, the main routes to Mecca, and the experience of the pilgrims themselves. The spirit of the pilgrimage is further evoked through a wealth of illustrations, including personal objects carried by the pilgrims throughout the centuries; souvenirs collected at Mecca and Medina; early photographs; maps; manuscripts; wall paintings; compasses and astrolabes; textiles; and stunning artworks created by contemporary artists. The book also allows non-Muslims to explore this key aspect of Islamic practice and faith which plays such a major part in forming a worldwide Islamic consciousness.