I Shall Not Hate 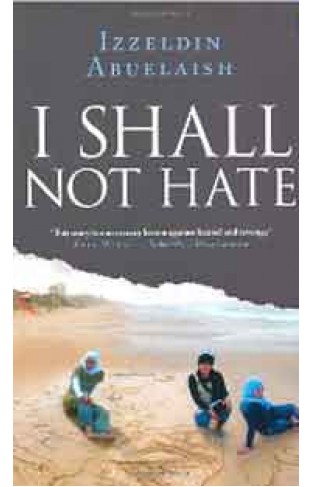 I Shall Not Hate

‘I'm convinced that the majority of Israelis and Palestinians would rather look to the future than be trapped in the past. We see that spirit in [Izzeldin Abuelaish]' Barack Obama, keynote speech on the Middle East, 19 May 2011 Heart-breaking, hopeful and horrifying, I Shall Not Hate is a Palestinian doctor's inspiring account of his extraordinary life, growing up in poverty but determined to treat his patients in Gaza and Israel regardless of their ethnic origin. A London University- and Harvard-trained Palestinian doctor who was born and raised in the Jabalia refugee camp in the Gaza Strip, Abuelaish lives in Gaza but works in Israel. On the strip of land he calls home (where 1.5 million Gazan refugees are crammed into a few square miles) the Gaza doctor has been crossing the lines in the sand that divide Israelis and Palestinians for most of his life - as a physician who treats patients on both sides of the line, as a humanitarian who sees the need for improved health and education for women as the way forward in the Middle East. And, most recently, as the father whose three daughters were killed by Israeli shells on 16 January 2009, during Israel's incursion into the Gaza Strip. It was his response to this tragedy that made news and won him humanitarian awards around the world. Instead of seeking revenge or sinking into hatred, Izzeldin Abuelaish called for the people in the region to start talking to each other.