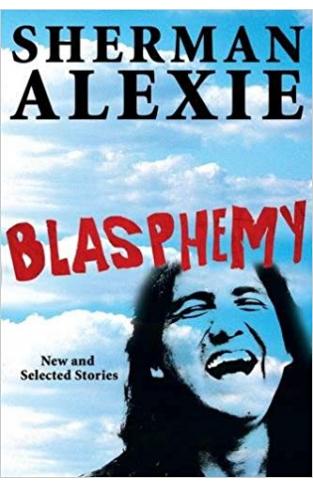 Sherman Alexie’s stature as a writer of stories, poems, and novels has soared over the course of his twenty-book, twenty-year career. His wide-ranging, acclaimed stories from the last two decades, from The Lone Ranger and Tonto Fistfight in Heaven to his most recent PEN/Faulkner award–winning War Dances, have established him as a star in modern literature. A bold and irreverent observer of life among Native Americans in the Pacific Northwest, the daring, versatile, funny, and outrageous Alexie showcases all his talents in his newest collection, Blasphemy, where he unites fifteen beloved classics with fifteen new stories in one sweeping anthology for devoted fans and first-time readers. Included here are some of his most esteemed tales, including “What You Pawn I Will Redeem," “This is What it Means to Say Phoenix, Arizona,” “The Toughest Indian in the World,” and “War Dances.” Alexie’s new stories are fresh and quintessential—about donkey basketball leagues, lethal wind turbines, the reservation, marriage, and all species of contemporary American warriors.