Tablet and Pen: Literary Landscapes from the Modern Middle East Words Without Borders 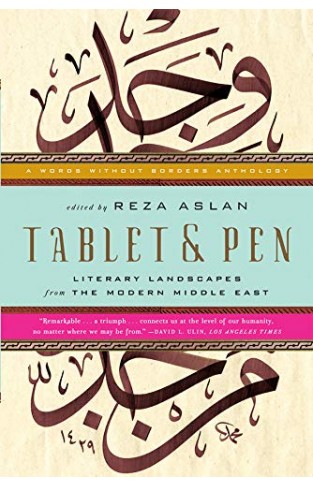 Tablet and Pen: Literary Landscapes from the Modern Middle East Words Without Borders

Publication Date:
Nov, 21 2011
Binding:
Paper Back
Availability :
Out of Stock

A landmark literary event, this groundbreaking work spans a century of literature by the region's best writers - from the famed Arab poet Khalil Gibran to the Turkish Nobel Prize winner Orhan Pamuk - all of them bound together, not by borders and nationalities, but by a common experience of colonial domination and western imperialism. As best-selling author Reza Aslan writes, the mesmerising prose of the Middle East - Arabic, Persian, Turkish and Urdu - has been virtually excluded from the canon available to English readers. Under the umbrella of Words Without Borders, Aslan has assembled this extraordinary collection of short stories, memoirs, essays and poems, featuring both contemporary and historical works, with many of the selections newly appearing in English.