The Story of Russia 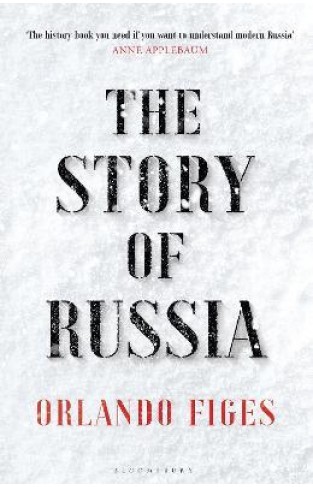 The Story of Russia

'The history book you need if you want to understand modern Russia'ANNE APPLEBAUM'A magnificent, magisterial thousand year history of Russia . . . by one of the masters of Russian scholarship'SIMON SEBAG MONTEFIORE'A great historian at the peak of his powers'WILLIAM DALRYMPLE'[An] excellent short study' MAX HASTINGS, SUNDAY TIMES'A lucid chronological journey that ably illustrates how narratives from the nation's past have been used to shape its autocratic present' OBSERVER'To understand Putin's paranoia, read this book on Russia's history' TELEGRAPHFrom the great storyteller of Russia, a spellbinding account of the stories that have shaped the country's past - and how they can inform its present.No other country has been so divided over its own past as Russia. None has changed its story so often. How the Russians came to tell their story, and to reinvent it as they went along, is a vital aspect of their history, their culture and beliefs. To understand what Russia's future holds - to grasp what Putin's regime means for Russia and the world - we need to unravel the ideas and meanings of that history.In The Story of Russia, Orlando Figes brings into sharp relief the vibrant characters that comprise Russia's rich history, and whose stories remain so important in making sense of the world's largest nation today - from the crowning of sixteen-year-old Ivan the Terrible in a candlelit cathedral, to Catherine the Great, riding out in a green uniform to arrest her husband at his palace, to the bitter last days of the Romanovs. Beautifully written and based on a lifetime of scholarship, The Story of Russia is a major and definitive work from the great storyteller of Russian history: sweeping, suspenseful, masterful.-------------------------PRAISE FOR ORLANDO FIGES'An outstanding historian and writer, he brings distant history so close that you could feel its heartbeat'KARL OVE KNAUSGAARD'Figes knows more about Russia than any other historian'MAX HASTINGS, SUNDAY TIMES