Dragonfly Falling Shadows of the Apt 2 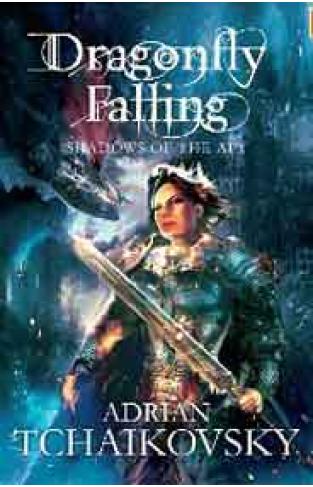 Dragonfly Falling Shadows of the Apt 2

The armies of the Wasp Empire are on the march, and first to feel their might will be the city of Tark -- even now preparing for siege. Within its walls Salma and Totho must weather the storm, as the Ant-kinden prepare to stand against numbers and weaponry such as the Lowlands have never seen. And after his earlier victory, the Empire's secret service has decided veteran artificer Stenwold Maker is too dangerous to live. So disgraced Major Thalric is despatched on a desperate mission, not only to eliminate Stenwold himself, but to destroy his beloved city of Collegium. Thus they hope to end all hope of intelligent resistance to the remorseless imperial advance. While the Empire's troops are wreaking destruction, the young Emperor is reading a different path. His thoughts are on darker things than mere conquest, and if he attains his goal he will precipitate a reign of blood that will last a thousand years. 'Full of colourful drama and non-stop action ...Dragonfly Falling brilliantly continues the Shadows of the Apt epic fantasy series' FantasyBookCritic blog 'Reminiscent of much that's gone before from the likes of Gemmel, Erikson, Sanderson and Cook but with its own unique and clever touch . ..Terrific' Sci-Fi-London.com