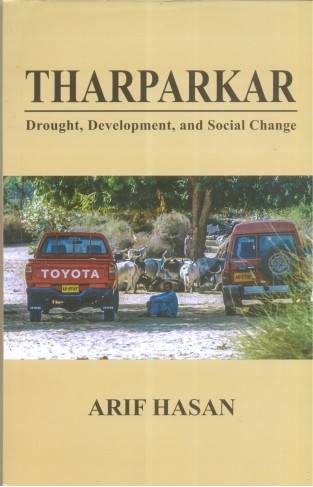 Publication Date:
Aug, 15 2022
Binding:
Paper Back
Availability :
Out of Stock

This book deals with Arif Hasan's personal involvement with Tharparkar's development since 1978 and the various stages the region has passed through. The findings of the Sindh Government's Task Force on Water in the Sindh arid regions was his first official involvement with Thar and is dealt with in the Introduction. Section 1 of the book deals with the drought of 1987 and it is argued, with statistics, historic evidence, and sociological analysis, that the terrible conditions of 1987 were not the result of a drought but of major socio-economic changes in the desert due to which the communities could not respond to drought conditions. Arif Hasan's report on the subject led to the creation of a research and extension organisation in the form of the Thar Rural Development Project (Thardeep) in the desert. This organisation continues to play an important role in the development related activities in Tharparkar and in research and articulating the changes that are taking place, the most important of which is a shift from a traditional barter to a cash economy. Thardeep is also a part of the celebrated Rural Support Programme Network (RSPN). Section 2 deals with an evaluation of the development work done by Thardeep in its early years and develops the criteria for future sustainable development projects. Section 3 deals with the physical and social impacts of the building of roads in Tharparkar, the development and potential of tourism, and the positive and negative aspects of the Thar Coal Project, and the reaction of various stakeholders to these developments. The four put together have changed, and are continuing to change, the physical, social, and political environment of the desert with repercussions that have yet to be fully understood.