This World Does Not Belong to Us 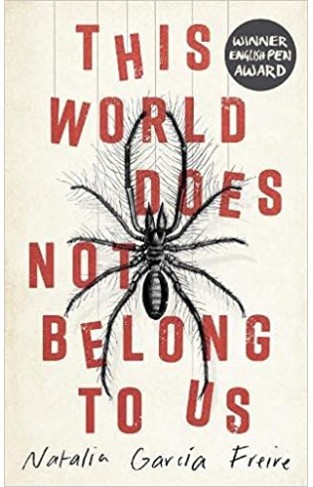 This World Does Not Belong to Us

Publication Date:
May, 05 2022
Binding:
Paper Back
Availability :
In Stock

A deliciously menacing read which I just couldn't put down. Every word punches hard. This World Does Not Belong to Us treads the fine line between beauty and horror effortlessly.' Jan Carson, author of The Raptures

Many years have passed since Lucas was expelled from his childhood home by Felisberto and Eloy, the two strangers who arrived uninvited and slowly, insidiously, made it their own. Now Lucas is back, fully grown and intent on claiming his rightful inheritance.

But he is not interested in the house as it once was, nor in his mother's lovingly planted flowerbeds - now conquered by weeds - nor in the lavish portraits covering every wall. Lucas belongs to a darker world, one crawling with the only creatures he really trusts: insects. As the house crumbles before his eyes, Lucas turns to the allies of his underground kingdom to help him take revenge.

Weaving together past and present like a spider's web, This World Does Not Belong to Us is a spine-tingling story of human greed, from a masterful new literary voice.