An Italian Girl in Brooklyn 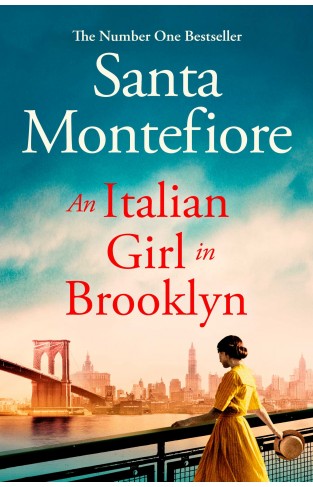 An Italian Girl in Brooklyn

Dark secrets and hidden sorrows abound in Santa Montefiore’s spellbinding new novel set in war-torn Italy and the streets of New York.'Nobody does epic romance like Santa Montefiore' JOJO MOYES‘A wonderful story, beautifully told. I absolutely tore through it!’ KAREN SWAN New York, 1979.  It is Thanksgiving and Evelina has her close family and beloved friends gathered around, her heart weighted with gratitude for what she has and regret for what she has given up. She has lived in America for over thirty years, but she is still Italian in her soul.  Northern Italy, 1934.  Evelina leads a sheltered life with her parents and siblings in a villa of fading grandeur. When her elder sister Benedetta marries a banker, to suit her father’s wishes rather than her own, Evelina swears that she will never marry out of duty. She knows nothing of romantic love, but when she meets Ezra, son of the local dressmaker, her heart recognises it like an old friend.  Evelina wants these carefree days to last forever. She wants to bask in sunshine, beauty and love and pay no heed to the grey clouds gathering on the horizon. But nothing lasts forever.  The shadows of war are darkening over Europe and precious lives are under threat…