April in Spain: The International Bestseller 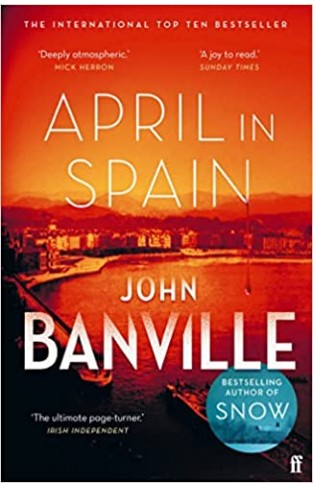 April in Spain: The International Bestseller

The sumptuous, propulsive, sun-kissed follow up to the bestselling Snow, from the Booker Prize winning author 'Superb.' The Times 'Utterly absorbing.' Daily Mail 'A joy to read.' Sunday Times 'The ultimate page-turner.' Irish Independent On the idyllic coast of San Sebastian, Dublin pathologist Quirke is struggling to relax. And when he glimpses a familiar face in the twilight at the bar Las Arcadas, a woman who was meant to have died in a political scandal back in Ireland years earlier, any chance of a peaceful holiday is lost. After a call home, Detective St John Strafford is dispatched to Spain, but he's not the only one on route: as a terrifying hitman hunts down his prey, they are all set for a brutal showdown.