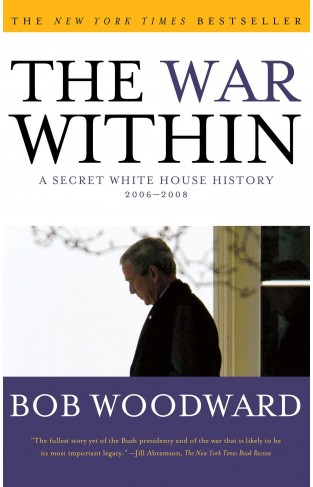 Publication Date:
May, 03 2008
Binding:
Paper Back
Availability :
In Stock

In his fourth book on President George W. Bush and his wars, Bob Woodward takes readers deep inside the White House, the Pentagon, the State Department, the intelligence agencies and the U.S. military headquarters in Iraq to trace the behind-the-scenes debates over the Iraq War from 2006 through mid-2008. Following in the same tradition of measured, documented reporting as #1 New York Times bestsellers Bush at War (2002), Plan of Attack (2004) and State of Denial (2006), Woodward presents readers with a richly detailed and meticulously researched examination of the war in Iraq over the past two years. Full of timely, never-before-published information, this book reveals crucial lessons of leadership and tells the stories of those whose public and private lives have been entwined with the Iraq War. This fast-paced, groundbreaking book offers a unique and in-depth look at events in Iraq and in Washington, D.C. Woodward has produced a firsthand account of the decision-making process on Iraq, affording readers a fly-on-the-wall view of the inner workings of the Bush administration, the highest levels of the military and the intelligence community. Casting both the war and its management in human terms, Woodward makes clear why, five and a half years after the U.S. invasion, Iraq remains a major political, social and moral issue. He also contributes to Americans' understanding of why this complex, dangerous fight is such a critical fault line in this year's presidential election.