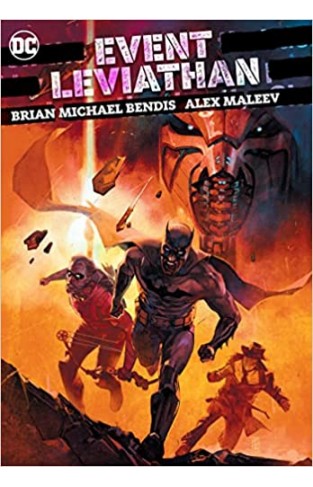 The ultimate conspiracy. In a matter of moments, the world changed forever. Kobra, Spyral, A.R.G.U.S., Task Force X, the D.E.O.--all of the world's most powerful clandestine organizations, instantaneously wiped off the face of the Earth. Their leaders are scattered, in hiding, or at death's door. And heroes like Superman and Batgirl are targeted for kidnapping.All because of a single force: LEVIATHAN. A mysterious new mastermind has seized control of this infamous secret society. In a single night, they have reshaped the balance of power that hundreds of spies, superheroes, and super-villains have carefully maintained. How have they accomplished so much so quickly? What are they planning to do next? And most important--who is behind the mask? To answer these questions, the world's greatest detectives have joined forces: Batman. Robin. Green Arrow. Plastic Man. The Question. Manhunter. Lois Lane. But they must act quickly. Every dead end, every red herring, every false lead and wrongfully accused suspect costs them time they don't have. Because Leviathan is preparing their next move. And unless these heroes solve the mystery, no force on Earth can stop them... The award-winning creative team of Brian Michael Bendis (Legion of Super-Heroes, Daredevil, Superman) and Alex Maleev (Infamous Iron Man, Spider-Woman, Scarlet) proudly present Event Leviathan--a mystery thriller that will shake the DC Universe to its core! Collects Event Leviathan #1-6 and Superman: Leviathan Rising #1.