Brave Old World: A Practical Guide to Husbandry, or the Fine Art of Looking After Yourself 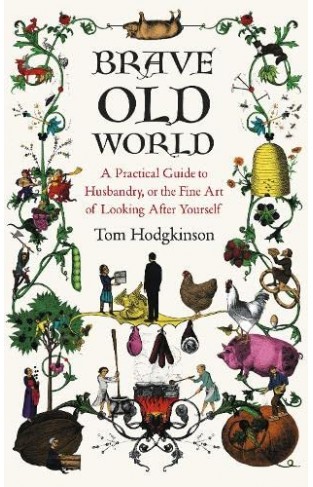 Brave Old World: A Practical Guide to Husbandry, or the Fine Art of Looking After Yourself

Drawing on the wisdom of an eclectic range of thinkers and writers, on medieval calendars and manorial records, and, as ever, on Tom's own honestly recounted and frequently imperfect attempts to travel the road to self-sufficiency, Brave Old World is designed to give us all hope. Why, he asks, shouldn't we return to the ideals of a pre-capitalist, pre-Puritan, pre-consumerist world of feasting, dancing, horse-riding, wood-chopping, fire-laying, poultry-rearing, bartering, bread-baking and bee-keeping? From January to December, Brave Old World charts the progress of a year in pursuit of the pleasures of the past, taking seriously - though not without much incidental comedy - G.K. Chesterton's exhortation, 'We must go back to freedom or forward to slavery'.