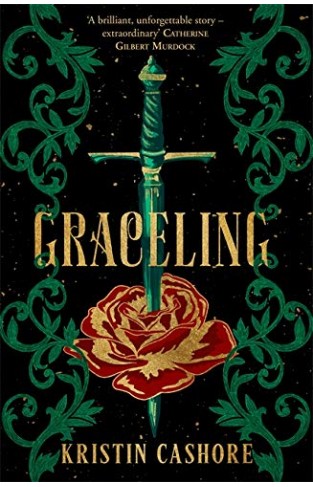 Discover the Graceling Realm in this unforgettable, award-winning novel from bestselling author Kristin Cashore. A New York Times bestseller ALA Best Book for Young Adults Mythopoeic Fantasy Award for Children's Literature Winner Publishers Weekly, School Library Journal,Booklist, and BCCB Best Book of the Year "Rageful, exhilarating, wistful in turns" (The New York Times Book Review) with "a knee weakening romance" (LA Times). Graceling is a thrilling, action-packed fantasy adventure that will resonate deeply with anyone trying to find their way in the world. Graceling tells the story of the vulnerable-yet-strong Katsa, who is smart and beautiful and lives in the Seven Kingdoms where selected people are born with a Grace, a special talent that can be anything at all. Katsa's Grace is killing. As the king's niece, she is forced to use her extreme skills as his brutal enforcer. Until the day she meets Prince Po, who is Graced with combat skills, and Katsa's life begins to change. She never expects to become Po's friend. She never expects to learn a new truth about her own Grace-or about a terrible secret that lies hidden far away . . . a secret that could destroy all seven kingdoms with words alone. Awards: Winner of the Mythopoeic Fantasy Award for Children's Literature, winner of the SIBA Book Award/YA, Indies Choice Book Award Honor Book, ALA Best Book for Young Adults, 2008 Publishers Weekly Best Book of the Year, 2008 School Library Journal Best Book of the Year, Amazon.com's Best Books of 2008, 2008 Booklist Editors' Choice, Booklist's 2008 Top Ten First Novels for Youth, 2009 Amelia Bloomer List, BCCB 2009 Blue Ribbon List And don't miss the sequel Fire and companion Bitterblue, both award-winning, New York Times bestsellers, and full of Kristin Cashore's elegant, evocative prose and unforgettable characters.