Bridgerton: The Viscount Who oved Me (Bridgertons Book 2) 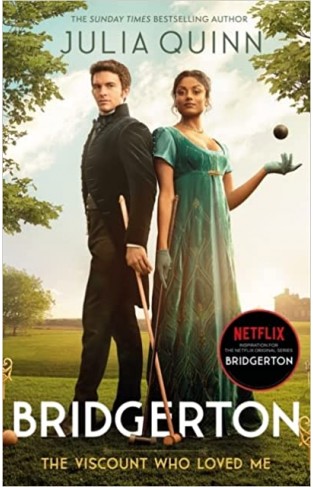 Bridgerton: The Viscount Who oved Me (Bridgertons Book 2)

1814 promises to be another eventful season, but not, This Author believes, for Anthony Bridgerton, London's most elusive bachelor, who has shown no indication that he plans to marry. And in all truth, why should he? When it comes to playing the consummate rake, nobody does it better... --Lady Whistledown's Society Papers, April 1814

Having spent his twenties in a rakish pursuit of pleasure, he knows it's high time he settled down and ensured the continuation of the Bridgerton line.

Edwina Sheffield is considered the most beautiful debutante of the current season. She is also sweet, innocent and eminently biddable - Anthony is sure she'll make a perfectly acceptable wife and vows to make her his.

The only obstacle in his way is Edwina's older sister, Kate. Kate is determined to do all she can to allow her sister the chance to marry for love rather than convenience. And the roguish viscount is beginning to think he may have met his match in Kate's keen wit and sharp tongue. Until, that is, he makes the mistake of kissing her . . .

'Quinn is a master of historical romance' Entertainment Weekly

'A smart, funny touch. . . reminiscent of Helen Fielding' Time Magazine'Powered by a surfeit of dazzling wit and graced with a cast of unforgettable characters' Booklist

'The next best thing to Georgette Heyer' Gloss

'Quinn excels in writing stories full of joy and delight, where laughter trembles on the edges' Happy Ever After

'Full of wit, charm and smouldering attraction . . . an unputdownable story that I think romance fans will treasure' Harlequin Junkie