The Islamic State in Khorasan - Afghanistan, Pakistan and the New Central Asian Jihad 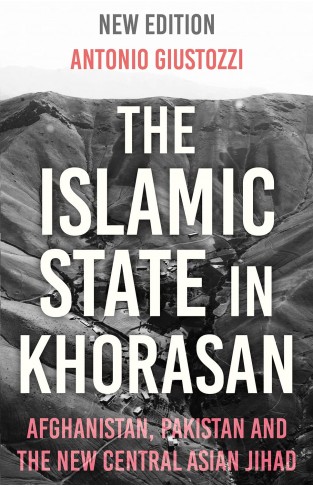 The Islamic State in Khorasan - Afghanistan, Pakistan and the New Central Asian Jihad

So-called Islamic State began to appear in what it calls Khorasan (Afghanistan, Pakistan, Central Asia, Iran and India) in 2014. Reports of its presence were at first dismissed as propaganda, but during 2015 it became clear that IS had a serious presence in Afghanistan and Pakistan at least.

This book, by one of the leading experts on Islamist insurgency in the region, explores the nature of IS in Khorasan, its aim and strategies, and its evolution in an environment already populated by many jihadist organisations. Based on first-hand research and numerous interviews with members of IS in Khorasan, as well as with other participants and observers, the book addresses highly contentious issues such as funding, IS’s relationship with the region’s authorities, and its interactions with other insurgent groups. Giustozzi argues that the central leadership of IS invested significant financial resources in establishing its own branch in Khorasan, and as such it is more than a local movement which adopted the IS brand for its own aims. Though the central leadership has been struggling in implementing its project, it is now turning towards a more realistic approach.