The Great Gatsby and Other Works (Leather-bound Classics) 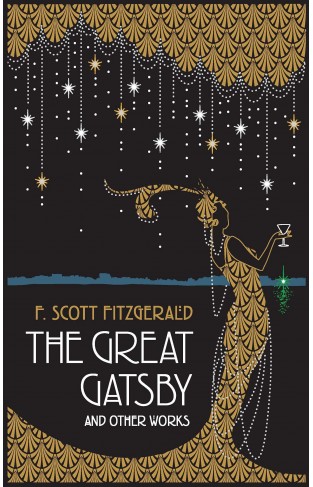 The Great Gatsby and Other Works (Leather-bound Classics)

Three of the great American novels by F. Scott Fitzgerald, the incomparable chronicler of the Jazz Age, are all together in one keepsake volume.

F. Scott Fitzgerald wrote some of the most acclaimed novels of the 20th century, and literary scholars regard him as one of the finest American writers of all time. His stories were the stories of the “Lost Generation,” Americans who came of age after World War I, amid Prohibition and the rise of jazz, and who responded to the uncertainty and change of the time by living each day to the hilt. Included in this attractive, leather-bound volume of Fitzgerald’s most notable long-form works are tales of wealth, romance, and scandal: The Great Gatsby, This Side of Paradise, and The Beautiful and Damned. It’s a time capsule of America in the 1920s and 1930s.