How to Steal the Mona Lisa 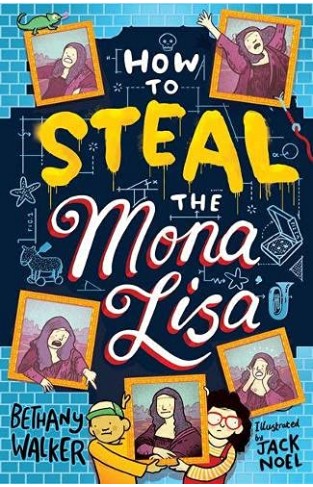 How to Steal the Mona Lisa

Unlike most parents, Mia's parents are delighted to find out that the local secondary school's art department has lost its funding and will close down. Mia's devastated - she loves art! But there's more to this school than meets the eye. The now-shabby school building was once a stately home that used to be the property of a wealthy criminal, and it is rumoured that a hidden vault containing a 'lost' version of the Mona Lisa was never uncovered, even after all the other contents of the house were emptied and sold off. The regular art collection included five works of art that featured skeletons - which may hold the key to finding the vault. So little does Mia realize that scheming criminals are hiding among the staff, and when her rather eccentric History teacher assigns a research project on the school building's past, she is forced to partner with former best-friend Jake and endure his endless conspiracy theories about the headmaster being a lizard person, or that maybe one of her parents is actually The Fish, a renowned master forger and art thief who has never been caught. True, Mia's parents are starting to act strangely, from taking evening courses in acrobatics to dressing in tight, black jumpsuits. And lately there have been a lot of weekend trips to art galleries all over the country... bah! But that's ridiculous!