Ashoka the Fierce: How an Angry Prince Became India’s Emperor of Peace 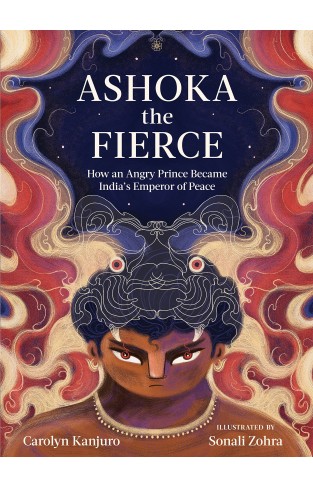 Ashoka the Fierce: How an Angry Prince Became India’s Emperor of Peace

The story of how Ashoka the Fierce became known as Ashoka the Great. <p/> As a boy, Ashoka was overlooked as a successor to his father, the emperor. He grew to become arrogant, impatient, and above all, angry. Wanting nothing more than to be king, Ashoka learned to be cunning, and when he finally managed to ascend to the throne, he was eager for war. But after a particularly brutal battle, Ashoka was heartbroken and haunted by the death and devastation he had caused. This moment marked a momentous change of heart. <p/> Upon returning home, Ashoka's wife encouraged him to study and practice the Buddhist teachings and to move beyond his destructive past. When Ashoka finally met a wise Buddhist monk, it transformed the way he saw the world and the role of an emperor. Ashoka spent the rest of his days tirelessly working to help his people and promoting the qualities of compassion, tolerance, and virtue.