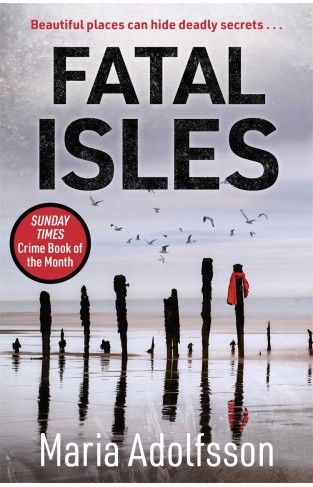 SUNDAY TIMES BOOK OF THE MONTHFEATURED IN THE TIMES' BEST CRIME BOOKS ROUND-UP 2021*Don't miss the next case for DI Karen Eiken Hornby in WILD SHORES. Available to pre-order now*A remote island. A brutal murder. A secret hidden in the past . . .In the middle of the North Sea, between the UK and Denmark, lies the beautiful and rugged island nation of Doggerland.Detective Inspector Karen Eiken Hornby has returned to the main island, Heimö, after many years in London and has worked hard to become one of the few female police officers in Doggerland.So, when she wakes up in a hotel room next to her boss, Jounas Smeed, she knows she's made a big mistake. But things are about to get worse: later that day, Jounas's ex-wife is found brutally murdered. And Karen is the only one who can give him an alibi.The news sends shockwaves through the tight-knit island community, and with no leads and no obvious motive for the murder, Karen struggles to find the killer in a race against time.Soon she starts to suspect that the truth might lie in Doggerland's history. And the deeper she digs, the clearer it becomes that even small islands can hide deadly secrets . . .'This first novel in a proposed trilogy has terrific characters as well as effectively inventing a newgenre, Anglo-Nordic noir' JOAN SMITH, SUNDAY TIMES'A cracking police procedural set in a richly described isolated island community' IRISH INDEPENDENT'A suspenseful and intriguing story that combines the best of British crime writing tradition with Nordic noir. Doggerland is a unique and alluring universe that I can't wait to revisit' CAMILLA GREBE