The Nine Lives of Pakistan - Dispatches from a Divided Nation 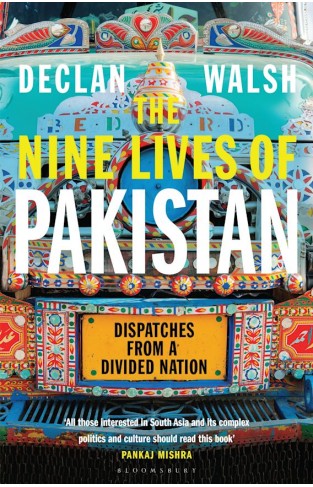 The Nine Lives of Pakistan - Dispatches from a Divided Nation

'All those interested in South Asia and its complex politics and culture should read this book' - Pankaj MishraThe demise of Pakistan – a country with a reputation for volatility, brutality and radical Islam – is regularly predicted. But things rarely turn out as expected, as renowned journalist Declan Walsh knows well. Over a decade covering the country, his travels took him from the raucous port of Karachi to the gilded salons of Lahore to the lawless frontier of Waziristan, encountering Pakistanis whose lives offer a compelling portrait of this land of contradictions.He meets a crusading lawyer who risks her life to fight for society's most marginalised, taking on everyone including the powerful military establishment; an imperious chieftain spouting poetry at his desert fort; a roguish politician waging a mini-war against the Taliban; and a charismatic business tycoon who moves into politics and seems to be riding high – till he takes up the wrong cause. Lastly, Walsh meets a spy whose orders once involved following him, and who might finally be able to answer the question that haunts him: why the Pakistanis suddenly expelled him from their country.Intimate and complex, unravelling the many mysteries of state and religion, this formidable book offers an arresting account of life in a country that, often as not, seems to be at war with itself.'Thrilling, big-hearted' - Memphis Barker, Daily Telegraph'Sets a new benchmark for non-fiction about the complex palace of mirrors that is Pakistan' - William Dalrymple