Beyond Realism: Human Security in India and Pakistan in the Twenty-First Century (Studies in Public Policy) 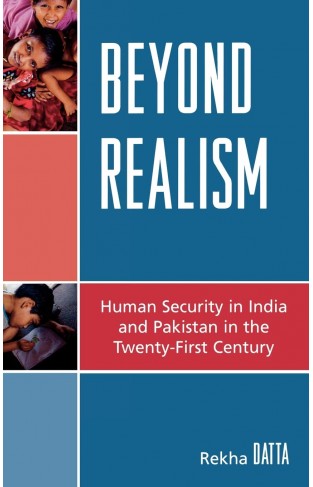 Beyond Realism: Human Security in India and Pakistan in the Twenty-First Century (Studies in Public Policy)

As the world is changing, many scholars, analysts, and policy makers agree that even as governments need to confront external threats, creating sustainable domestic environments is imperative as a policy priority. As events surrounding September 11, 2001 continue to remind us, marginalized sections of the population can become breeding grounds for dissatisfaction, disenchantment, and eventually, targets for terrorist groups. Throughout the cold war period, South Asia served as a strategic region in the bilateral rivalry between the United States and the former Soviet Union, coupled with China's careful scrutiny. In the post cold war period, several bilateral conflicts, the nuclear tests of 1998, the post 9/11 world in which South Asia has become a breeding ground for terrorists, entwined with an embattled, albeit a shared history, continue to make India and Pakistan a pivotal region to study. A timely analysis which starts with traditional approaches and combines them with new thinking within a human security policy framework, this book will contribute to a deeper and more holistic understanding of policy priorities of major players in a pivotal region of the world. It begins by analyzing security policies of India and Pakistan that have emerged in the context of geo-political concerns based on realist calculations. It also looks at the policies of the two governments in key areas such as the economy, education, public health, and safeguarding against gender-based violence. Concern with human security prompts analyses such as the one adopted in this book to argue that governments should empower and protect their citizens from serious threats to their survival. Home to a fifth of the world's population, large numbers of whom are reeling in poverty, where terrorism continues to be a concern, along with ongoing border disputes, India and Pakistan will find it imperative to make careful evaluations of this multipronged challenge to security. While it has relevance for regional policy priorities, this analys