Reaping the Whirlwind: The Taliban Movement in Afghanistan 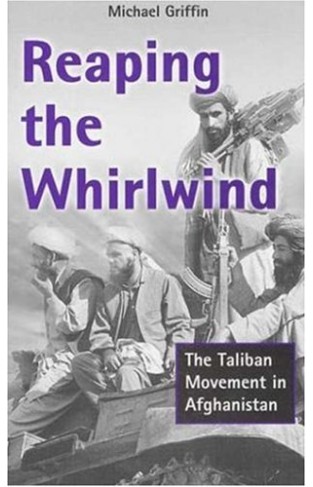 Reaping the Whirlwind: The Taliban Movement in Afghanistan

Publication Date:
Sep, 01 2001
Binding:
Hard Back
Availability :
Out of Stock

Cut adrift after the collapse of the Soviet Union, Afghanistan has become a political no-man's-land.Historically an artifical "buffer state, " Afghanistan has in recent years become the geopolitical playground of a variety of competitng interests - the Americans, the Saudis, Russians and Pakistanis, let alone drug barons, arms dealers and oil interests.Afghanistan's unstable and problematic history is now further complicated by the emergence of the Taliban - one of the most conservative and least understood Islamic movements in the world.The Taliban continues to grab the headlines, most notably for their appalling treatment of women, and their connections to Osama bin Laden. Investigative journalist Michael Griffin draws numerous interviews with key protganists, and offers a fasccinating eyewitness picture drawn from three extensive trips to Afghanistan. He paints the fullest picture yet of the Taliban movement, its origins, beliefs, religious and political ethos, and the character and impact of its particular brand of fundamentalism.In the process he reveals the controversial nature of the Taliban's links with the CIA, Saudi Arabia and other vested interests. Who is to blame for the present situation? What conspiracies and collusions led to this pass? The author's conclusion reveals his view of where the "smoking gun" is pointed