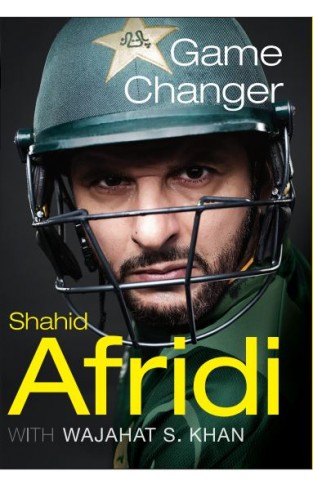 Game Changer is the riveting memoir of Shahid Afridi, one of modern cricket’s most controversial and accomplished practitioners.

In 1996, as a teenager, Afridi shot to fame after hammering the fastest ODI century at the time. One of the world’s greatest all-rounders, today he holds the distinction of having hit the most number of sixes in the history of ODI cricket, scooping the most wickets in T20s and winning the most player-of-the match awards in the same format.

From his humble beginnings in the mountains of Pakistan’s unruly northwest to the mean streets of Karachi and the county parks of southern England, Afridi tells his life story just the way he bats – instinctively, candidly and with no holds barred. In a career as unpredictable as his leg-break googlies and ‘boom-boom’ power hitting, Afridi has been many things – the lost kid focused on pulling his parents out of poverty, the desperate captain trying not to snitch on his corrupt teammates, the gallant Pashtun centurion staring down a hostile Indian crowd, and the bad boy at the centre of a ball-tampering scandal

. In Game Changer, he sets the record straight once and for all. A must-read not only for his legion of fans across the world but also for those interested in cricket and Pakistan’s future.