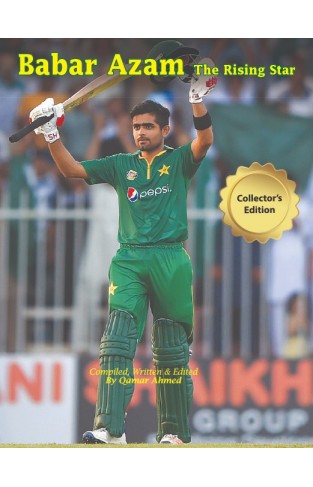 This book is to acknowledge the talent of our cricket captain Babar Azam who, by all accounts, is one of the most accomplished batsman of this era; and also to introduce Pakistan cricket’s immense contributions to the game over the years, giving to the world iconic cricketers who have over the years dominated the game.
Abdul Hafeez Kardar, Fazal Mahmood Hanif Mohammad, Imtiaz Ahmad, Waqar Hasan, Saeed Ahmad, Majid Khan, Zaheer Abbas, Javed Miandad, Wasim Bari, Abdul Qadir, Wasim Raja, Sarfraz Nawaz, Inzamam-ul-Haq, Saeed Anwar, Mohammad Yousuf, Wasim Akram, Waqar Younis, Younis Khan, Moin Khan, Yasir Shah and our Prime Minister Imran Khan are some of the star cricketers of our country who have graced the game.
Now, like their predecessors, including some in the present lot, Babar Azam promises to be a star figure of the game.